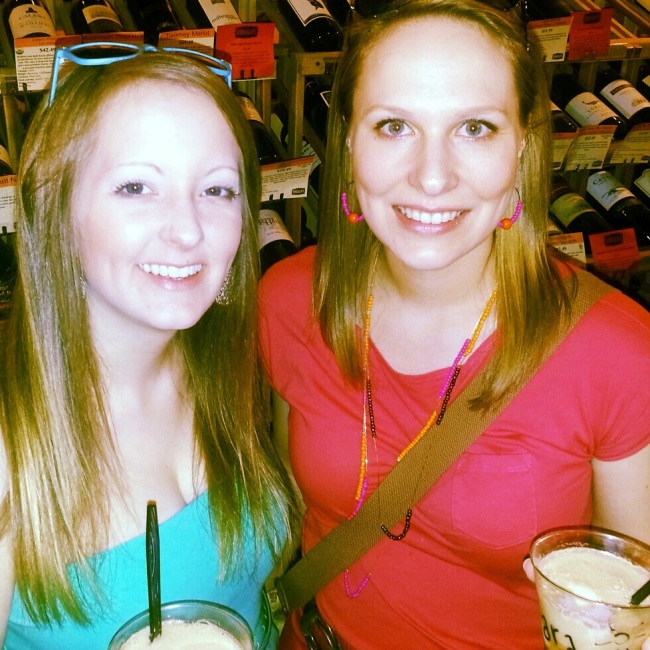 My second day in Madison for craft week started out at a wine bar, the kind of place that I don’t usually go. But when facing the decision of “new exciting beer,” or “interesting event,” I chose interesting event this time. It was a beer cocktail tasting. I was delighted with what I found out last night at Barriques.

The man running the show was great. I asked what got him into making beer cocktails – or just doing some flat out crazy experiments. He said he had been in the liquor business in one way or another for a long time – and eventually just got sick of using Sprite as a mixer.  I’m going to go through some of the recipes and let you know what I thought.

1. If you think beer by itself is subject to personal taste – beer cocktails are even more so. I just want to make it known that all of these are good for whoever’s taste they might fancy, even if I didn’t like them.

2. I take no credit for these bomb ass recipes.

3. The recipes here are all made to use one bottle of beer (12 oz) and serve two after shaking.

Cocktail one was Per. Fect. For. Summer. If you’re not a fan of something like Summer Shandy – this might be a little sweet for you, but don’t worry, they added bourbon. This one is called the Strip and Go Bourbon. Yes, it’s based on the fancy college drink Strip and Go Naked. This one uses a bottle of Bell’s Oberon, a great wheaty beer that always shows up just in time for summer. Mix two ounces of bourbon, four ounces of lemonade, and touch of mint – then shake it up! This was a lot of people’s favorites, I think because the flavors are really familiar. As a non- super fan of lemonade beer, I still liked it because with the right bourbon, and a little mint, you can really take the edge off too much sweetness. This would also be great for people who don’t really like beer our bourbon at all – it’s magical.

The next one was the 7 Iron. It gets its name because if you drink too much too fast, apparently you feel like you got hit in the head with a 7 Iron.  This is made with New Belgium Fat Tire Amber Ale, one ounce of Yellow Chartreuse, and three ounces of pineapple juice. It’s recommended you serve it with pineapple garnish. I also really liked this one for summer. Remember, as the title indicates, I wouldn’t sit down outside, have more than one, and then try to get up too quickly – especially in warm weather.

I proceed with caution when I say that the Tommy Tequila was my favorite. This one is really for people who are always asking for more lemons and limes to squeeze into their bloody mary. This one takes a bottle of Capital Mutiny IPA, two ounces of tomato juice, and one ounce each of lime juice and tequila. Then obviously add hot sauce to your delight. If a bloody mary is your staple drink with brunch on weekends, or what you drink on a tired morning – I would recommend it. It has a nice kick a traditional bloody mary doesn’t. My only (personal) criticism should be obvious if you’ve read anything I’ve written – I could have used a hoppier, spicier IPA.

The next one is for everyone who enjoys a good smokey beer, it was the Smokey Smokey. It’s made with O’So Night Train Porter, and one ounce of scotch. Side note on this one – if you can ever visit O’So in Plover, WI, you should. They were great friendly folks, and they are right next to a few great places to grab a bite to eat. We talked about this one for a while – you really need the right beer and the right scotch to make it taste to your liking. I would have liked scotch with a little bit more of a bite, because I felt like the smokey after tasted stayed with me for an hour afterwards.

The last one was just a Hard Root Beer Float using Sprecher’s Bootleggers Barrel Aged Hard Root Beer. This was really straight forward, just add ice cream. You really can’t dislike it. If root beer is too sweet for you – you can always try this with other nice creamy dark beers. Ice cream is amazing with almost everything.

The advice from the folks working the event was great. They said they made all of these up themselves, just make sure you stick to 3-4 ingredients max. They also encouraged everyone and said you’ve got to make what you like, and move forward without considering that what you’re making might taste terrible the first time; you’ve just got to keep plugging away. Once again, advice that’s good for mixing drinks – also seems pretty good for life. Never give up friends!

Things to Google Before You Go:

How to Properly Cork Wine